Youth&SPA at the EURegions Week: session on boosting the attractiveness of rural towns for youth

Our session held in the frame of the EURegionsWeek held in Brussels between 7-10 October 2019 aimed to present and then debate on the achievements of the project Youth&SPA co-funded by the Erasmus+ KA3 action enabling the dialogue between the youth and decision-makers of rural SPA towns. Our unique approach was introduced which consisted of intergenerational debates held in each partner city on their future and opportunities of young people living there through tourism, local production, entrepreneurship, etc. 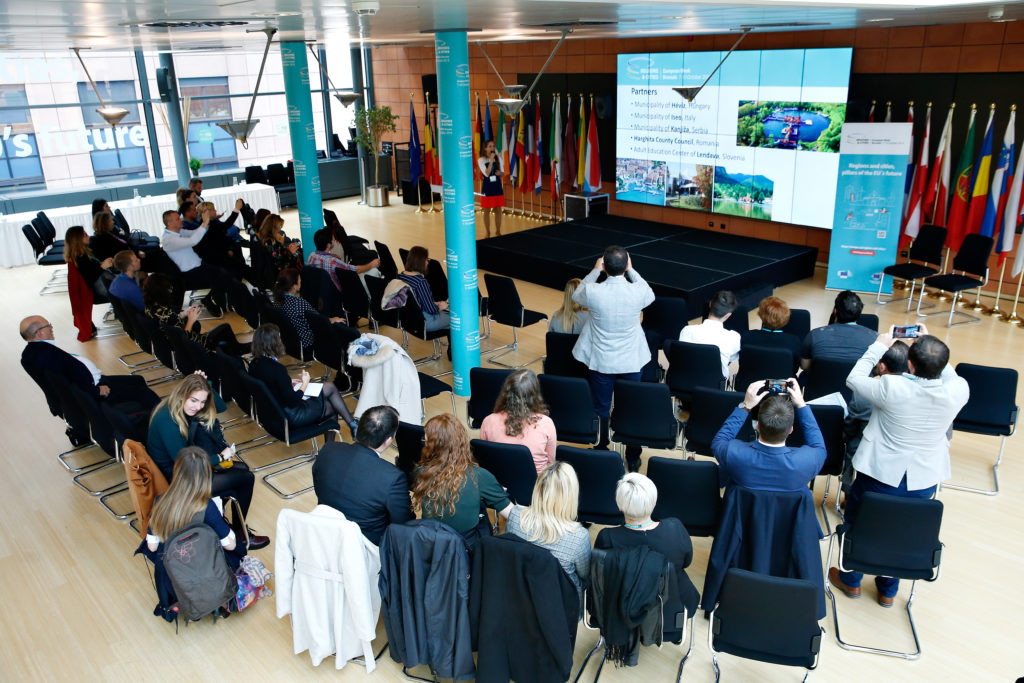 Participants were then invited to play kahoot to get a picture on their knowledge and their settlements’ youth policy. Most participants came from small town or metropolitan settlements. Half of them came from a settlement having specific department or experts responsible for youth policy. Similarly, half of the participants reported to have a youth strategy in their settlement. However, at national level, almost all confirmed the existence of youth strategy. But the majority was not aware of the EU Youth Strategy 2019-2027 and only the same ratio was aware of certain intervention areas including “Moving Rural Youth Forward”. 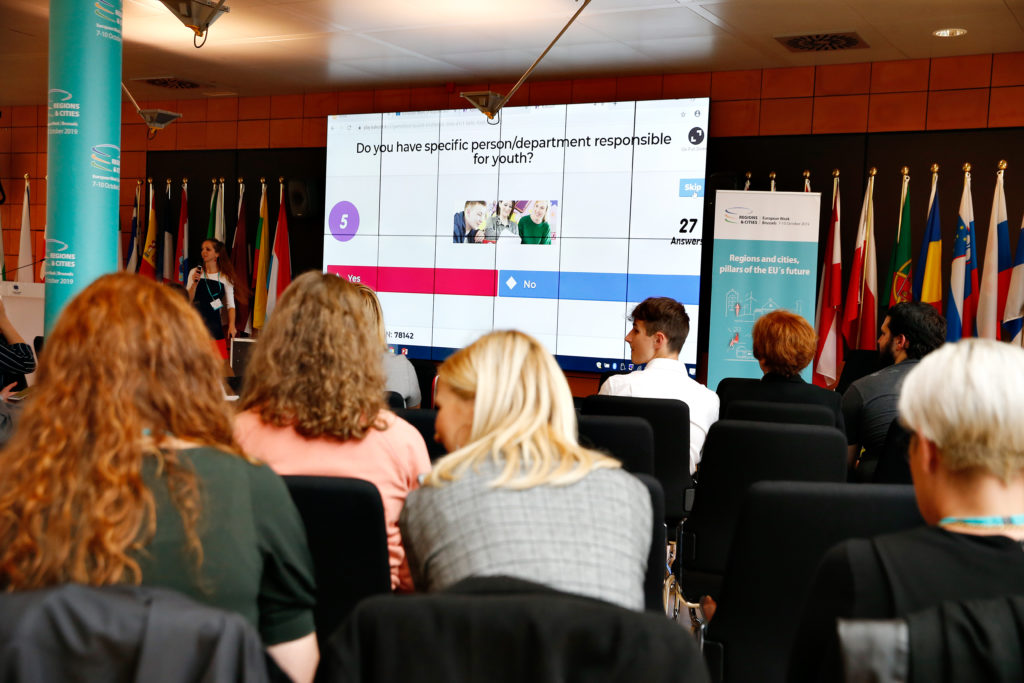 Afterwards, Mr József Kepli, Vice Mayor of Hévíz presented the possibility to build up the effective representation of youth interests’ in all levels of decision-making from local communities to national and EU levels. Democracy works thus the representation of young people can be organized and channelled into decision-making in an effective way starting from grass-root initiatives realized in schools, then in settlements. 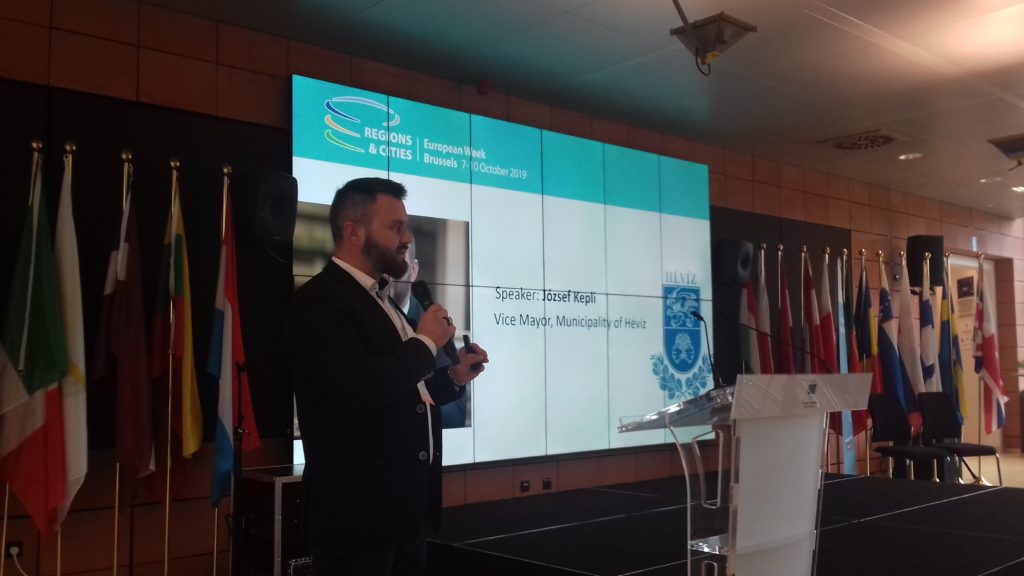 Mr Csaba Borboly, President of the Council of Harghita County shared the good practices effectuated at regional level to support that young people’s voice is heard and they are provided by the opportunities to create their future in their settlements in rural regions. When he entered into the presidency, such initiatives were almost non-existent, however, nowadays, there is a good number of them. 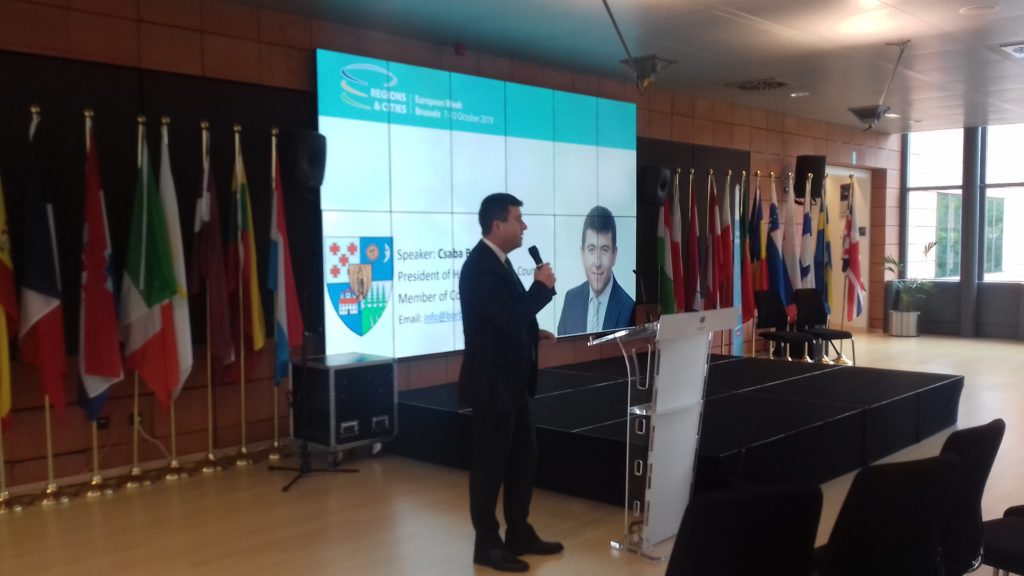 Afterwards four topics of the world café session were discussed. To boost the interest of young people towards decision-making processes, the challenges that have to be overcome are as follows: 1) discrepancy between the interest of young people and what they get from decision-makers 2) which results in the disappointment in decision-making processes, but 3) there is a lack of sufficient knowledge and motivation on both sides. 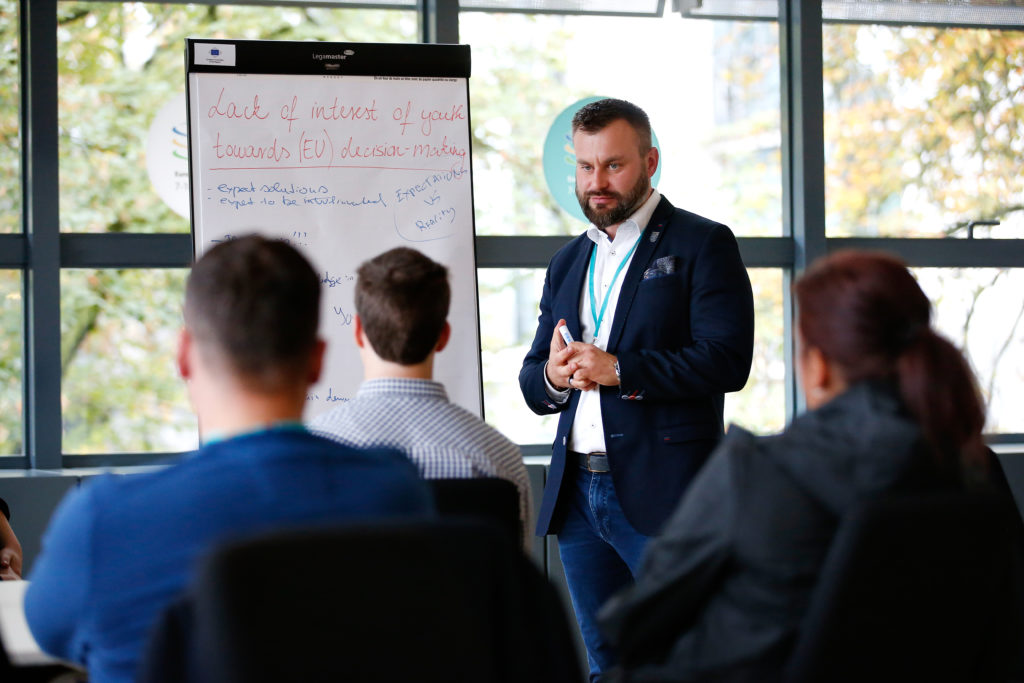 To overcome the lack of community building activities the following actions were suggested: 1) to provide better quality opportunities and better quality of life, and 2) to work with the (self-)identity of young people. To mitigate the phenomenon of youth migration, among others, 1) specified and high-level education opportunities are needed in rural areas, 2) talents shall be unfolded and supported, and 3) job opportunities have to be diversified. Lastly, the efficient operation of any youth council apart from the commitment of young people and decision-makers necessitates an administrative structure as well as financial background.

There is an enormous potential in young people living in rural areas. Their potential can safeguard the future of rural towns and settlements. Thus all decision-making processes at local, national and EU levels have to open up its boundaries to listen and understand the needs of young people, the channels through which their involvement can be realized and make them co-creators of the future.